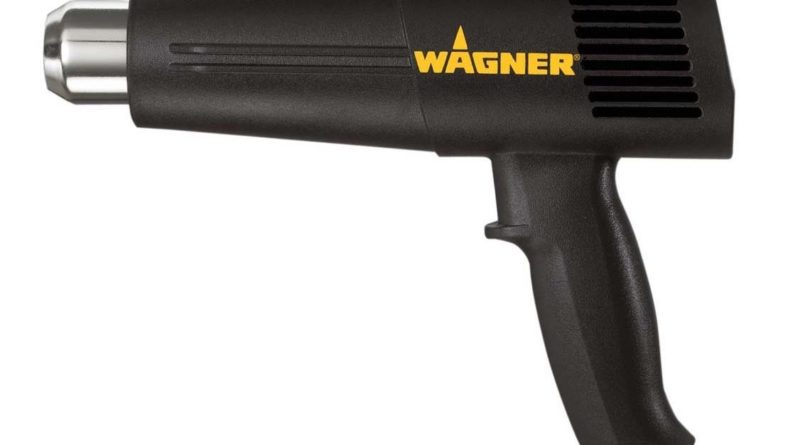 Essentially used to soften old paints, the heat gun also works wonders in other areas. Thanks to a hot air flow adjustable in intensity and temperature, the heat gun allows, at low temperature, to defrost a lock, dry a surface, shorten the drying time of glues, speed up chemical processes, or even expand metal parts to facilitate disassembly.

This tool also allows you to peel off old adhesives easily or soften the sealant of a glass, or even soften plastic slabs to facilitate cutting. You just need to know how to wield it correctly. Now, let’s take a look at the most common areas of utilization of the famous heat gun.

A hot air device with a weight rarely exceeding a 2.2 lbs (1kg), the heat gun is a kind of super hairdryer: it sucks the air to heat it (122 ° to over 1112 ° F) and then it. Its main use is, therefore, the stripping of old layers of paint: the air burns the paint which blisters and becomes easy to take off with the help of a simple scrapper.

It’s a particularly effective technique for stripping difficult-to-reach surfaces, such as flap shutters.

Waxing with a heat gun

The chore of furniture and parquet flooring becomes almost a pleasure with the heat gun.

How to wax with a heat gun?

Spread the wax on the support with a cloth.

Slowly pass the hot air flow of the heat gun (set to the lowest temperature): the wax will penetrate deep into the wood.

Lastly, polish with a woolen to make your furniture shine.

Solder with a heat gun

Weld fittings on copper pipes, here is another string to the arc of the heat gun!

How to weld with a heat gun?

If the wall is near the pipes, place a heat shield to protect it. Clean the ends of the tubes with sandpaper (without touching them!).

Fit the tubes to the fitting and heat with the steamer set to its maximum power. Melt a tin solder wire at the junctions of the pipe and the fitting. And that’s it, you should be all set.

Defrost with a heat gun

To accelerate melting ice, you can’t find almost anything that is as much easy and efficient as a heat gun.

Defrost the refrigerator with a heat gun

If you use a knife to break blocks of ice, you risk piercing the wall of your refrigerator.

Instead, set your heat gun to the minimum temperature to speed up the defrost. You will avoid any unwanted incident.

Defrost a pipe with a heat gun

Who has never had the bad surprise to find a pipe frozen in his country house because of an intense cold wave? With patience, walk the stripper along the pipe, the running water will find the way to the tap.

Soften a PVC tube with a heat gun

In plumbing, the heat gun saves you bends and joints if you install PVC drain pipes.

To bend a pvc tube

Pass the tube (fairly quickly) over the nozzle of the gun until the softening of the plastic begins. Gradually, lift both ends of the tube to obtain the desired degree of bending.

To connect two tubes by interlocking

Gently heat one of them by turning it around itself near the nozzle. Prime the flare of its end by presenting it on the tube chosen as the male part of the fitting.

Heat again until a satisfactory softening is achieved and then firmly engage the heated tube by turning it to fit into the other pipe. By cooling, the PVC tightens and traps the other end: the connection is final.

Repairing phones with a heat gun

This is a classic feature to look for in a heat gun, and the majority of the phones’ lovers out there, and especially technicians, probably know about this or even already use it.

As for those who still have no clue on how to use a heat gun to repair a phone, well it’s kinda simple.

The heat generated by the heat gun will act on the adhesives present in the phone. This will allow you to dismember the components easily, without risking to damage your device. Heat guns are generally used to open the screens of cell phones, but you can also use it on any component in your phone that has some adherent textures on it.

Despite its resemblance to a hair dryer, the heat gun can burn! Do not focus it on your skin, and most importantly, always leave it out of reach of children.

Mainly, if you respect the precautions enlisted below, all dangerous incideent should be prevented:

As you can see, besides its traditional areas of utilization, a heat gun can be used in a multitude of operations.

Se, we can safely say that buying one will certainly prove to be a good move to make. However, the question that remains is this: What heat gun should I buy? Well, to know the answer to that, follow my website and don’t to take a look at the « heat gun » section. 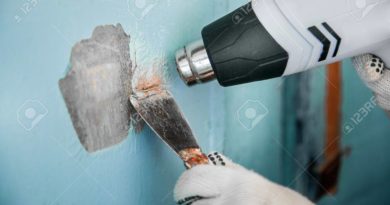 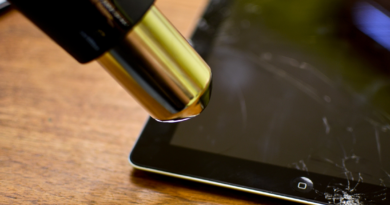 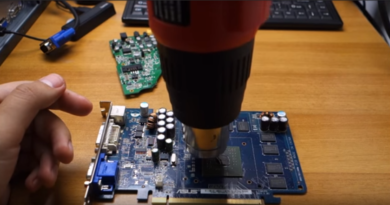